Erectile dysfunction is simply the inability to obtain and/or maintain satisfactory erection adequate for sexual intercourse. Dr. Tajkarimi has dedicated years of clinical practice, inventions, and research to help his own patients and men with ED worldwide.

Men with erectile dysfunction are traditionally treated with oral medications such as Viagra, Cialis or Levitra.  This works successfully in 60-65% of men, at least for a while.  Medications may be rendered less effective or contraindicated especially in men with associated conditions such as diabetes, heart disease, high cholesterol levels, or hypertension.

The next level of treatment may be self-injection therapy using medications that increase the blood supply to the penis.  This consists of using a small needle to inject medication directly into the penis 15-30 minutes before engaging in sexual intimacy.  These medications can allow an erection to last for safely 30-40 minutes.

Another option is to use a vacuum device, which is a long plastic tube, applied to the penis.  The air around the penis is evacuated to create a partial vacuum, which allows blood to rush into the penis that is trapped by the application of a thick rubber band at the base of the penis. 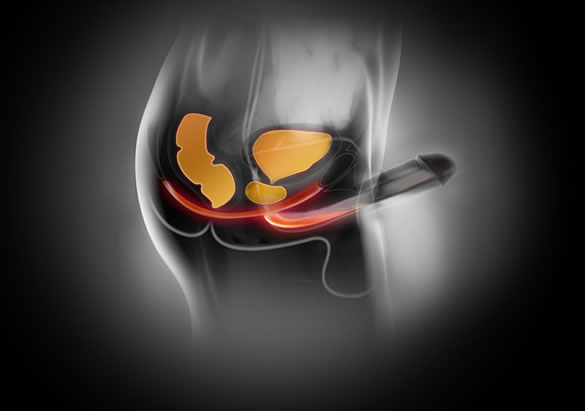 Super friendly staff make you feel welcome as soon as you get in the door. I have been to other urologists office where there is a one hour wait after your appointment time and then you see the doctor for 2 minutes and he gives you a crappy prescription and sends you on his way. Not this place, Dr. Tajkarimi spends quality time with you and his staff are super nice and friendly! He knows his stuff!

Stay updated with all latest updates,upcoming events & much more.
*Terms and conditions apply.

Powered by Convert Plus
VIRTUAL VISIT
Go to Top